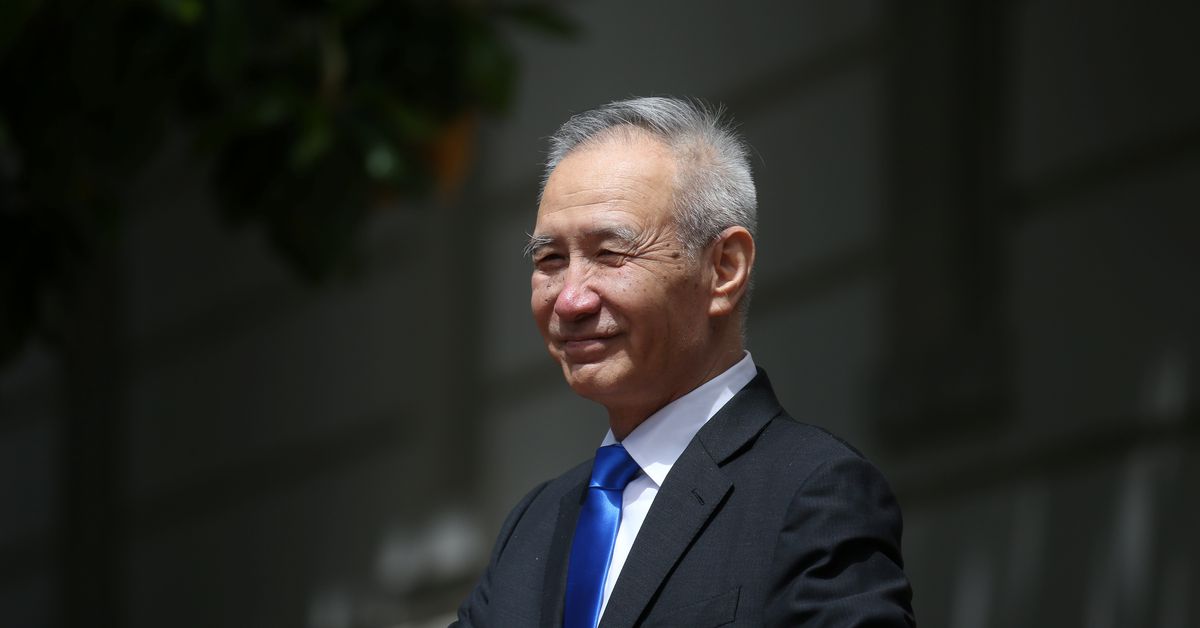 Chinese Vice Premier Liu He leaves the U.S. Trade Representative’s office after a morning round of talks on the second day of the latest trade talks in Washington, U.S., May 10, 2019. REUTERS/Leah Millis/Files

SHANGHAI, May 17 (Reuters) – Chinese Vice Premier Liu He made soothing comments to tech executives on Tuesday, saying the government supported the development of the sector and public listings of tech companies, further signs that the crackdown of the sector is diminishing.

The unprecedented regulatory crackdown, which began in late 2020, has hit Chinese tech companies and rattled markets, causing companies to lose billions of dollars in market value.

Hong Kong- and U.S.-listed shares of Chinese tech companies rose on Tuesday after the meeting was announced.

Liu told the meeting that China would seek to “properly manage” the relationship between the government and the market.

The country will support tech companies seeking to register both at home and abroad and will also seek to support the healthy development of the platform economy, state broadcaster CCTV said.

The platform economy refers to digital platforms, including those used to trade online, a major driver of economic activity.

Liu’s comments come as COVID-19 restrictions and other measures to combat the pandemic have taken their toll on businesses and supply chains across a range of sectors, adding to fears that the economy will not continue. ° 2 world may contract in the second quarter.

Beijing has set a growth target of 5.5% this year, which private economists say will be difficult to achieve without significant government support. Read more

The meeting was convened to discuss how to promote the development of the digital economy and was attended by nearly 100 members, the broadcaster said.

Citi said in a research note that the meeting suggested another positive regulatory signal for the platform economy and a “supportive attitude” for internet companies seeking to list in foreign markets.

Baidu’s Li and Qihoo 360’s Zhou are members of the CPPCC, which brings together prominent figures from business, arts and academia to discuss issues with the Chinese Communist Party.

Baidu and Qihoo 360 did not respond to requests for comment.

Beijing had sought to rein in a range of private industries as part of a campaign to crack down on violations of anti-monopoly regulations and data privacy rules, among others, as well as to close a widening wealth gap that threatened the legitimacy of the power of the Communist Party. as part of a “common prosperity” campaign.

But restrictions on e-commerce, private education and the real estate sector have taken their toll on the economy, and since the start of the year China has eased some of the measures while battling tough COVID lockdowns.

Liu has been at the forefront of government efforts to reassure the private sector.

Last month, China’s powerful Politburo, in a meeting chaired by Chinese President Xi Jinping, said it would step up policy support for the economy, including the platform economy. Read more

Penguins and squirrels have never been so violent in these games