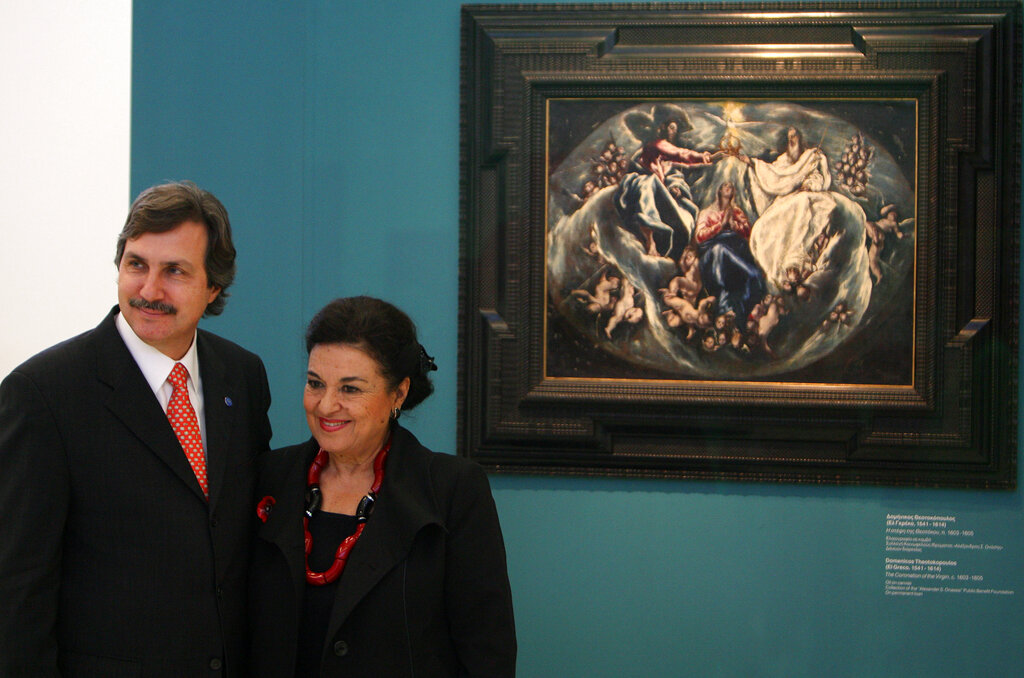 To get Morning Links delivered to your inbox every weekday, sign up for our Breakfast with ARTnews newsletter.

MARINA LAMBRAKI-PLAKA, the director of the national gallery in Athens since 1992, died on Monday, Kathimerini reports. She was 83 years old. Trained as an archaeologist and art historian, Lambraki-Plaka led the museum when opening sites in Corfu, Nafplion and Goudi. Many Greek politicians paid tribute to him after his death, the greek herald reports. “I personally thank her for her friendship and the art lessons she gave us generously, with charm and in an unforgettable way,” said the country’s culture minister, Lina Mendoni, said. During his three decades at the institution, it added some 3,000 works to its collection, including two The Greeks.

MOVING. Artist Stanley Whitneywho won critical acclaim and boosted the market for his lavishly colored paintings of staggered grids, joined the powerhouse Gagosian Gallery, Maximiliano Duron reports in ART news. Previously replaced by Lisson, Whitney will have a show at Gagosian’s Grosvenor Hill in London next year. Other Gagosian news, its Parisian branch is currently hosting a christo show, and founder Larry Gagosian Told Artnet News on volunteering to help build the artist Fence running in Northern California in 1976, saying “having played a very small part in the project was a thrill.”

Archaeologists at work Sanxingdui site, near Chengdu, China, discovered some 13,000 relics dating back to more than 3,000 years ago, according to Chinese state media. [CNN]

Amy Smith-Stewart was appointed chief curator of the Aldrich Museum of Contemporary Art in Ridgefield, Connecticut, where she has been curator since 2013. Smith-Stewart has just opened the exhibition “52 Artists: A Feminist Milestone,” which runs until January 8. [Artforum]

As a grand new hotel opens in Dimes Squarethis much-discussed art and lifestyle nursery in Manhattan, the columnist Nate Freeman reflected on its history. Merchant Michele Maccaronwho set up his gallery there in 2001, said, “As it started to gentrify, I was like, Shit, I don’t need to be here anymore. [Vanity Fair]

ARTIST ARTICLES: Today brings Louis Menand on Yoko Ono in the New Yorker, Kelly Burk about the street artist Christian Thompson in the Guardianand Ajesh Patalay on the artist beach Brighton Denevan in the FinancialTimes.

CATCH THE BUG. In Brakedwriter and curator Laura Raicovitchwho previously led the Queen’s Museum in New York, discussed his first job in the city, which was at the Cloisters . At the time, his restorer “was in the middle of this crazy project to get these insects out of medieval polychrome carvings without damaging the wood or the paint,” Raicovich said. “She came up with this ingenious way of suffocating the bugs with plastic bags that she put all over the sculptures and sucked the air out and they died. I was like, Is it museum work? ! Cool.” [Curbed]

Book review: “Building 46” – Much more than a Chinese ghost story

Did you know that not all Delta 8 gummies are made equal?